These cookies track and collect information about your online activity to help advertisers to deliver more relevant advertising to you according to your interests. These cookies can share that information with other organizations or advertisers. Such cookies are enabled with your consent and you can withdraw you consent any time.
Save my settings Decline Accept all 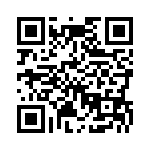 The growth of a strong brand

The growth of a strong brand

A modern production plant is built in Nantes: one gas boiler every 37 seconds

Start of the production of new solar collectors in Nantes

Launch of the first ever hybrid system in France. The GeniaHybrid is compatible with all gas or oil boilers, whatever the brand.

Foundation of Vaillant Group International GmbH with site in Remscheid, Germany, representing Saunier Duval brand in those markets where no separate Vaillant Group company is presented.

We are your dynamic partner offering steady support and proven technology.